Is it Winter Yet?

The winter is just begun, although I'm looking at this new year as a different kind of beginning; it's really a beginning to a different sort of season altogether.  "The Street Teacher" may morph into a subcategory of me, and not occupy my full time efforts as it used to.


So, while I will be preparing walking tours for the New Year, and I will make every effort to make them interesting and thought provoking, I will also devise a few longer tours too.

First, I have other obligations:

1.  Yes, I have tickets to the inauguration!  Well, not to all the social hoopla, but at least I'll be a little closer to the capital building.  Although the last time (aka the first Obama Inaugural) it was still far away with a ticket.

2.  And, while down in Washington I'm going to re-familiarize myself as best I can with the lay-out of the city.  I have a lot of trips to take down there this spring.

3. February will be a busy month: it will see the celebration of the 100th anniversary of the opening of Grand Central Terminal on February 2.  Which is also the first day of an intensive 5 week training period to certify me as a Grand Central docent; I will do at least 2 tours a month for the year.

4.  I have also been thinking about a break from the city with a voyage to Paris in March.  But, the dates have yet to be decided while other things are up in the air! 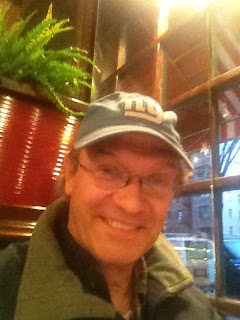 Well, a partnership is being discussed among three of us to more forcefully present myself and my services.  And more news of that will be forthcoming.

It's time to cast off the old, and renew one's spirit with new enthusiasms, new places and people, more knowledge of history and others' plans for the future - out futures!