What City is this? - it's growing so High and so Fast!

Yes, all one has to see is the skyline from Central Park: 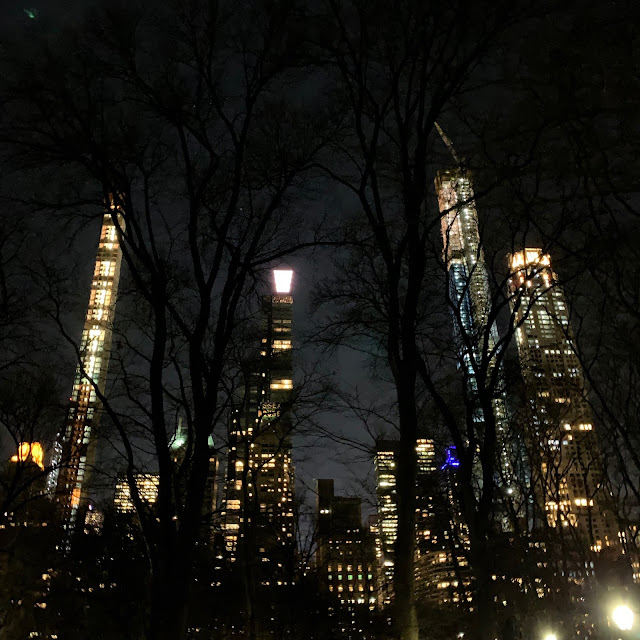 In the evening it seems even more scary!  but the taller building on the right - isn't even topped out yet.  It will be at 217 W. 57th Street, and will rise 1550 feet above the corner of Broadway and 57th Street, and for what it's worth will have a Nordstrom's Department store in the lower 7 floors.  There will be 137 stories altogether, with 179 condominium residences.  It will be completed "sometime next year" - that is, in 2020.
. 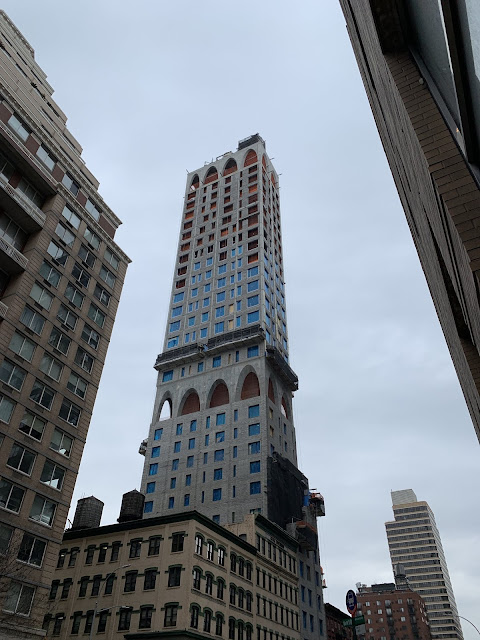 On Third Avenue at E. 87th Street I saw this apartment building - not yet completed but just gaze at the broad details of the arches in the middle and at the top.  As if to make it seem of human scale!

It is at 1558 Third Avenue, or 180 East 88th street, and is to be "only" a 31 story tower, which will accommodate 44 apartments yielding an average unit size surpassing 3000 square feet. But keep in mind that the developers, DDG, and the architects of record, HTO Architects, are building a "contextually-minded building that improves upon the neighborhood architectural lexicon."  Whatever.

The building will have 31 floors, but will reach "only" 469 feet to the top.  High ceiling apartments.

But note that 'way back in 2016 construction there was stopped by order of the New York City Buildings Department on May 24, 2016, because that department's audit uncovered (as the NY Times described it):

Regardless, at that time upper-floor condominiums were already on the market and listed at more than $15 million.

There are not the only places where such tall buildings are being erected.  Even in the old Lower East Side hotels have been erected that out-scale their neighborhood by major degrees - of hubris?

Stay tuned!  Your correspondent will try to keep pace!


Posted by Tour Guide Bill at 3:50 PM No comments: